During the Architecture Festival Picturehouses and the RIBA presented a national series of film events celebrating the special relationship between architecture and cinema at some of England’s finest independent cinemas. Film events include a short pre-film talk from architectural figures alongside screenings of classic and new architecture-themed films.At City Screen, York, we presented a cinematic classic in the form of Fritz Lang's 'Metropolis'.
Before the screening the newly formed York Architectural Association (RIBA York Branch) hosted a drinks reception and an exhibition of the art work produced at the York's Playful Spaces creative workshop earlier in the week.

The two Chairs of YAA, Charlotte Harrison and Lucy Morris introduced the work and plans of the York Architectural Association and discussed the themes in Metropolis to explore the relationship between architecture and society. 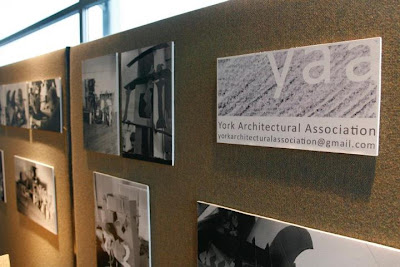